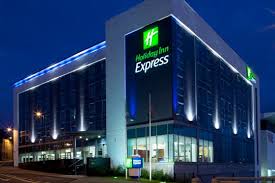 Property firm London & Regional is set to acquire Atlas Hotels from Lone Star for £575m. The deal will include 46 Holiday Inn Express hotels and one Hampton by Hilton in Liverpool.

The sites are the first budget addition to London & Regional’s portfolio of 15 properties, comprising 6,600 rooms across Europe and the Caribbean. The 10 UK hotels in the group, which is owned by brothers Ian and Richard Livingstone, include Chewton Glen in Hampshire, Cliveden House in Berkshire and the recently acquired Lygon Arms in Worcestershire. In London it owns the Hilton on Park lane and Marriott Marble Arch.

Atlas Hotels, which formed following the merger of Somerston Hotels and Morethan Hotels, was acquired by Lone Star in February 2015. The deal aimed to create a portfolio of more than 60 hotels and 7,500 rooms, with the additional 1,000 bedrooms being created by the end of 2018.