Four Points by Sheraton to Debut in Tanzania 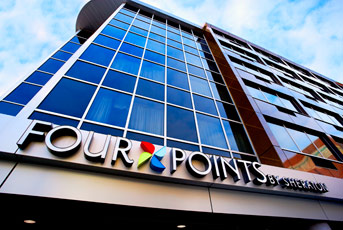 Marriott International have opened Four Points by Sheraton Arusha, The Arusha Hotel, marking the debut of the brand into Tanzania.

The opening was announced by Marriott last month as its debuts several brands in Africa.

Founded in 1894, The Arusha Hotel, has emerged as a city landmark playing host to many dignitaries for over more than 120 years. Rebranded after renovation, the hotel retains its charm reminiscent of a bygone era.

Located steps away from the famous Clock Tower it is easily accessible from both Arusha as well as the Kilimanjaro International Airport.

“The entry of the Four Points brand into Tanzania is a significant addition to our rapidly growing footprint in Africa and reflects the strong traction the brand is gaining in the region,” said Alex Kyriakidis, president and managing director, Middle East and Africa, Marriott International.