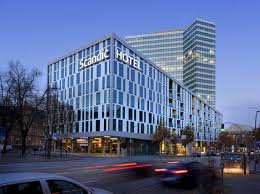 Scandic Hotels, the largest hotel company in the Nordic countries, has signed a
long-term lease agreement with Airaksinen Capital to take over the operation of
the former Kantarellis hotel in central Vasa from June 2016. The hotel, which
has 68 rooms today, will be expanded to include close to 140 hotel rooms at the
same time as the hotel’s conference and congress facilities will be expanded.
The expansion is expected to be finished at the end of 2017.
In connection with the takeover, the name of the hotel will be changed to
Scandic Vaasa.

Finland is an important growth market for Scandic and today, we are already
the biggest hotel company in the Helsinki area. With Scandic Vaasa, we are
further strengthening our network in the Finnish market, says Frank Fiskers,
President & CEO Scandic Hotels Group