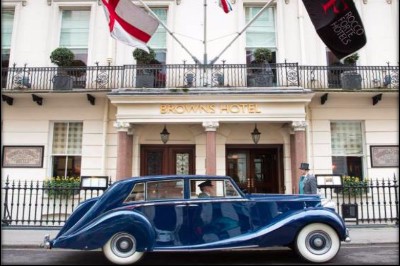 Rocco Forte Hotels is to open a second hotel in Rome at the top of the Spanish Steps, to join the company’s existing Hotel de Russie.

The 105-bedroom Hotel De La Ville will open at the end of 2018 following the refurbishment and restructuring of what is currently a 192-bedroom property.

Rocco Forte Hotels, which is 23% owned by the Gruppo Cassa Depositi e Prestiti through CDP Equity, will work with the real estate division of Reale Group to upgrade the hotel.

The new hotel is the first step in Rocco Forte Hotels’ plans to double its current portfolio of 10 over the next five years. The company, which operates two hotels in the UK – Brown’s in London and the Balmoral in Edinburgh – will continue to focus on Europe, as well as moving further afield with a hotel in Jeddah opening in 2016 and another in Shanghai in 2018.