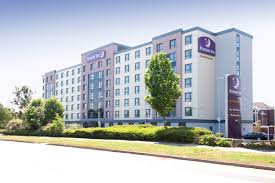 Whitbread has announced a soft opening of its first Premier Inn hotel in Germany. The 210 room property alongside the Frankfurt Messe exhibition centre welcomed its first guests before the end of February, with an official opening planned during April.

The opening comes as Marriott opens its first Moxy branded property in Germany, as German economy leader Motel One celebrates another strong year, and as Rezidor moves into the segment with an investment in upstart brand Prizeotel.

“With the backing of Whitbread and its financial strength, and by applying our winning Premier Inn formula, we’re looking forward to making a big impact on the German hotel market,” said Mark Anderson, the group’s managing director for commercial, property and Premier Inn Germany.