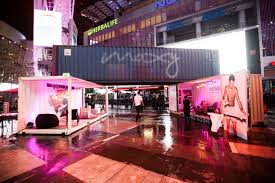 Marriott launched their young and trendy Moxy brand in 2014, with a hotel in Milan. After several more openings in Europe and the US, the brand has at last come to London.

There are currently five European Moxy Hotels, with the London property making it six, plus a further two in Florida and New Orleans. The Moxy Hotel London Excel is the second in the UK, with the first being the Aberdeen property. There are plans for another two London hotels this year, in Stratford and at Heathrow, along with more than 40 pitched to open in Europe and the US by the end of 2019.

This ambitious expansion plan will put the modern Moxy brand in a number of cities and countries, including airport locations.