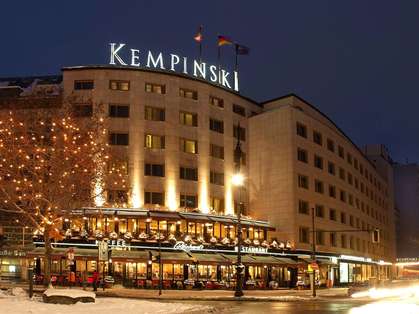 The 5-star Grand Hotel Kempinski Riga, Latvia’s first Kempinski Hotel, will open its doors to guests in October, raising the bar for luxury in the Latvian capital.

With the famous Latvian National Opera House by its side and the Old Town, a UNESCO World Heritage Site, at its feet, the hotel is set to be the hottest address in town with its first-class rooms, two restaurants, six bars and a world-class spa.

Originally built in the 19th century, the new Grand Hotel Kempinski Riga is located on the site of the former Hotel Rome, which was destroyed during WWII. It was then rebuilt, opening afresh as the Hotel Riga – a famed hotel that was home to the first-ever bar in Latvia and where the very first cocktail was served in the entire Soviet Union.