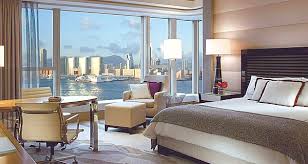 Four Seasons Hotel Kuwait at Burj Alshaya marks a new era of luxurious hospitality and personalised service in the capital of Kuwait.

Entering the all-new Four Seasons Hotel Kuwait at Burj Alshaya, eyes are immediately drawn to the dramatic staircase, spiralling 13 metres (43 feet) up through the soaring lobby, appearing to defy gravity as it makes its way toward the sky.

“Our own ‘stairway to heaven’ is quickly becoming the symbol of Four Seasons Hotel Kuwait, and indeed it reflects the optimism one feels in this dynamic city,” notes General Manager Didier Jardin on the occasion of the Hotel’s opening day. “For our team of 415 staff, it’s a daily inspiration to take the hospitality experience to new heights, proudly introducing renowned Four Seasons service culture in a new country while being at the vanguard of the company’s continuing leadership around the world.”