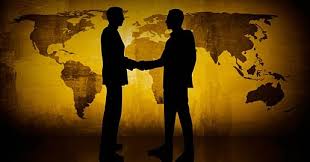 Real estate investment company Nine Group intends to spend “millions” on the refurbishment and development of the 129-bedroom Best Western Plus Reading Moat House hotel, following its acquisition for an undisclosed sum of a guide price of £12.5m.

The hotel was sold by affiliates of MCAP Global Finance (UK), a subsidiary of New York-based investment company Marathon Asset Management. It was acquired by MCAP in 2014 as part of a portfolio of 11 hotels which were once previously owned and operated by Queens Moat House, once one of the biggest names in UK hotels.

Under Nine Group’s ownership, the hotel has joined a 16-strong portfolio, founded by director Vivek Chadha in 2012. The group includes hotels operating under Holiday Inn, Mercure and Ibis brands.

Located in a Grade II-listed, 19th century former mill house which was converted in the 1980s, the Reading hotel has a 120-cover restaurant, 60-seat bar, five meeting rooms and adjoining pub. It is located within 9.5 acre grounds overlooking the River Loddon.