Radisson Blu To Open Hotel In Central City Of Brasov 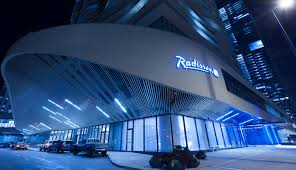 Romanian investors Ramona and Razvan Neamtu will open the second Radisson Blu hotel in Romania, in the mountain city of Brasov.

Carlson Rezidor Hotel Group and Tresor Com, a company controlled by the Neamtu family, signed the franchise contract for developing and operating the first Radisson Blu hotel in Transylvania, on November 2, according to a press release quoted by local Economica.net.

The hotel will be located in Brasov’s historic center, across the street from the city’s central park. Tresor Com will develop the hotel in a building that it bought in 2015 from telecom operator Telekom Romania. The investment will amount to EUR 10 million and the hotel may be inaugurated in the first half of 2018.